This week’s theme is adventure, so I thought I’d discuss my grandfather leaving Ontario and coming to Michigan in 1928. Charles Thompson Wilson arrived in Detroit, Michigan on April 11, 1928. On the border crossing document, the name of the ship is “C.N. 115” which stands for Canadian National #115. So instead of arriving on a ship, he arrived on a train from Windsor, Ontario through a railway tunnel under the Detroit River. The Michigan Central Railway Tunnel was completed in 1910. Before that rail cars were transported across the river by ferry. The Ambassador Bridge for car traffic was completed in 1929.

Just one week later, on April 18, 1928, he swore his declaration of intention to become a U.S. citizen. He was living in Grosse Pointe at 152 Kerby. I’m not sure who he was living with; he had put John Purdy at 333 Mona Ave. in Detroit as his contact on his border passage document. 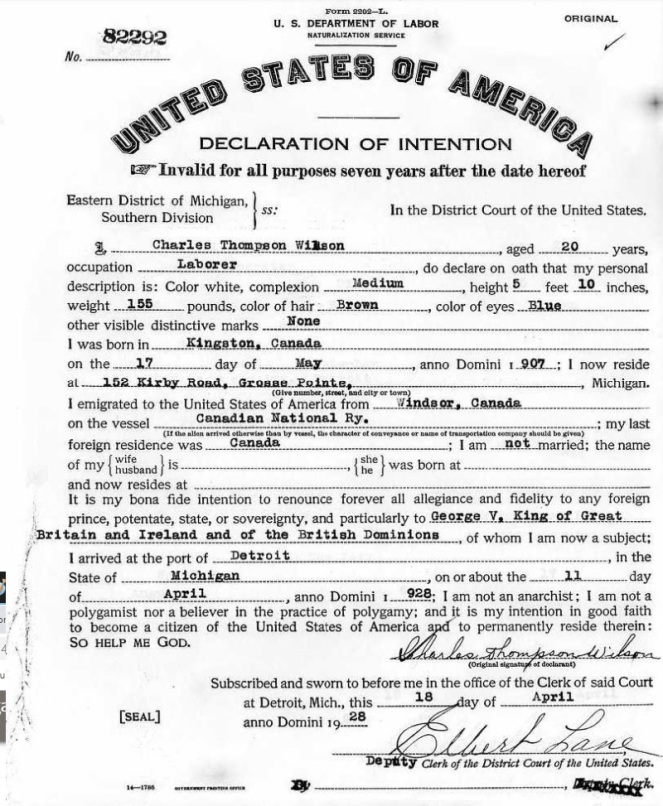